Bitcoin is a new type of money.

Just like the world has USD, GBP, and Euros - now it has Bitcoin too. 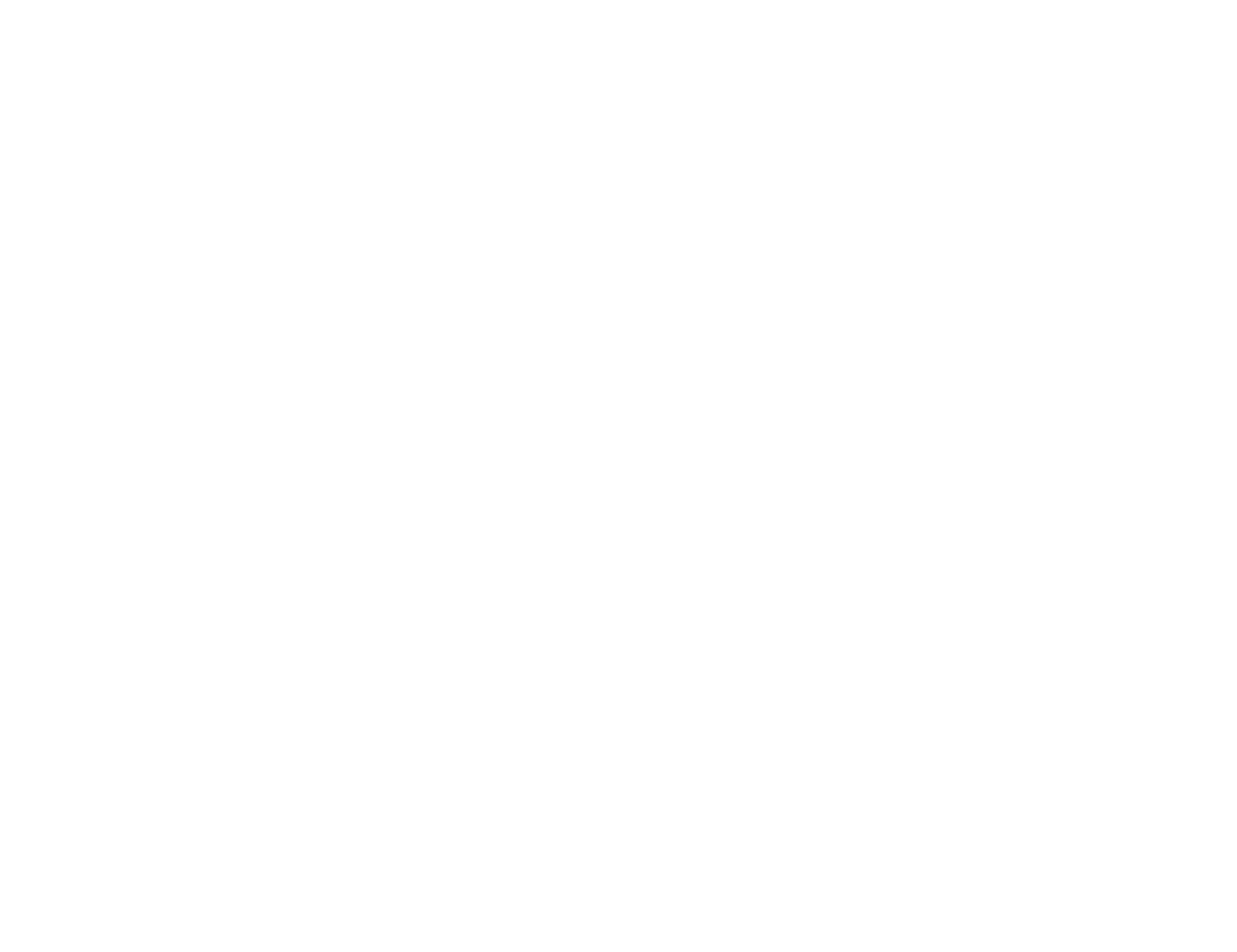 With Bitcoin, the "money printer" is owned by everyone, instead of 1 government.

For these reasons, Bitcoin has been called "separation of state and money."

Before Bitcoin, we relied on governments to "print the money" and keep an honest ledger of everyone's balance.

With Bitcoin, we have another option: an internet-native, reliable currency that's not backed by a traditional government.

Nobody we elected, no committee we appointed, no meeting room to make strategic decisions.

Which brings up the obvious question: how? If nobody runs Bitcoin, then who runs Bitcoin? Did it just fall out of the sky?

How does it actually work?

Do you feel the discomfort?

That's normal—because there's a bit of a stigma against Bitcoin.

The thought that Bitcoin might change the world's concept of money is both exciting and scary.

How do we get rid of this stigma? By taking the time to learn more.

At this point, you are free to continue reading or stop.

If you do continue, I have one request—lay down your pre-conceived notions about Bitcoin here.

There is a lot to learn!

A Peaceful Army of Computers

With any currency, you have 3 core requirements:

As a possible 4th point, these must be done in a trusted way—otherwise, nobody will use the currency.

We can group these into 2 categories: simple math and governance.

Before Bitcoin, we trusted governments to manage the money. One central party we elected.

The genius of Bitcoin is this:

Instead of trusting one central party, we trust everyone.

More specifically, we trust thousands of computers around the world to:

It's basically a giant excel spreadsheet with everyone's balance.

It's not supposed to fully make sense yet. Keep reading.

This "giant spreadsheet" is stored by thousands of computers throughout the world.

These computers are called "miners."

Anyone can be a miner. You, me, Lebron James, anyone. You don't need permission, you just connect your computer and you begin to track and update balances (the "simple math" category of a currency).

Why do miners participate?

Because they get paid (in Bitcoin) for helping run the network.

In this sense, Bitcoin lets anyone transform electricity (plus computing power) into money.

That's how the "money printer" works in Bitcoin.

No central party can print money. The only way to "print" more Bitcoin is to help run the network.

As a side-effect, this makes Bitcoin virtually unstoppable.

Shutting down Bitcoin would require playing "wack a mole" with hundreds of thousands of computers around the world. It just can't be done, and is silly to try.

A peaceful army of computers that cannot be shut down.

To recap: in traditional currency, new money (inflation) enters the economy through banks, who distribute it as a loan.

In Bitcoin, new money enters the economy through miners, as a reward for powering the network (anyone can be a miner).

Unlike traditional inflation, these newly "minted" Bitcoins are not a loan, and do not need to be paid back to anyone.

"But how are new Bitcoins created? Do they magically appeal from thin air? Who gets them, and at what rate?"

Everything you've read till now is leading you to one "aha!" moment—it is coming soon, keep reading.

How Bitcoins Are Created

It's not as scary as it sounds.

Or from a different angle, try this: using the below tool, generate this target phrase: "space travel to the moon."

scratch to reveal the winning number

This is an analogy for one-way encryption.

You take data (ex: a password), feed it to an encryption algorithm, and boom—entirely different data pops out the other side.

The important part is that there's no way to "reverse engineer" it, other than guessing many times.

The Bitcoin mining algorithm is a giant game of "find the needle in the haystack" among computers throughout the world.

Every 10 minutes, there's another game!

But in Bitcoin, your odds are way less—currently 1 in 4.3 trillion.

So in Bitcoin, it takes a lot of computing power to find the lucky answer.

"But why even try? What's in it for the miners?"

Every 10 minutes, the first miner to find the magic phrase gets a reward (currently, 6.25 Bitcoins).

So we're at the end of the section, right?

No—because I left out one key detail:

To find the current magic phrase, you not only need to guess many times, but also need the previous "magic number"

Or using the "needle in a haystack" analogy again:

So a more accurate representation of Bitcoin's mining algorithm is:

(btw—the winning phrase hasn't changed. It's still "space travel to the moon". But this time, a new number will find it. So again, we need to guess many times).

scratch to reveal the winning number

So now it's interesting!

And that previous answer (like the current one) requires trillions of guesses—a lot of computing power.

You might even say it's a continuous chain of 10-minute blocks, where it's impossible to guess at the current answer without the previous answer.

You're more likely to get struck by lightning in the next 5 seconds than to guess the Bitcoin "magic phrase" on your first attempt.

Which means there's no way to "cheat the algorithm".

The only way to win is to spend a lot of computing power.

Then every computer on the network checks:

If more than 50% of the computers on the Bitcoin network agree, then 6.25 freshly minted Bitcoins are sent directly to my wallet.

This is how Bitcoin allows people to convert electricity (plus computing power) directly into money.

A predictable inflation rate is one of Bitcoin's most appealing features.

Why? Because in Bitcoin, inflation decreases over time (unlike traditional money, where inflation tends to increase over time).

How does Bitcoin's inflation rate over time?

Simple—the inflation rate gets cut in half every 4 years.

Because of this, we know that only 21 million Bitcoins will ever exist, a guaranteed scarcity that makes each Bitcoin more valuable.

Compare this to the traditional financial system, where a maximum supply does not exist.

And further, it's hard to even know the current total supply.

A simple question like "what is the total supply of USD?" does not lead to a simple answer.

Because of its transparent monetary policy, Bitcoin offers peace of mind that you won't lose 2% of your purchasing power every year to inflation.

On the surface, Bitcoin seems complex, but once you peak under the hood, it's also remarkably simple.

Allow anyone in the world to convert electricity to money, and through that process make the system unstoppable.

"But there's still loose ends, and I'm not even sure what they are..."

I'll try to clear things up!

In the meantime, know this: understanding Bitcoin is not instant.

It's less straight forward than most new technology (like Uber, for example: "a taxi from your phone.")

We need to ask questions about money, governance, encryption, and more...

How does the Bitcoin network know who is who?

If my name is not attached to my Bitcoin address (it's not), how does Bitcoin know I am me?

This relies on another type of encryption. *gasp*

And it means that, in Bitcoin, you have a public address and a private key.

This is very similar to email, where you have an email address and an email password.

How does all this work?

Using your private key (plus encryption), you can generate a message that says something like "send $20 to Starbucks."

If you do this, the computers on Bitcoin's network will know the message came from you (but won't know your actual private key).

It's the digital version of a signature.

Want to withdraw all your money from the bank?

You can, sort of.

"What does that mean? Sort of?"

Good question—it means your bank only keeps 10% of your money on hand.

So if the collective population wanted to withdraw more than 10% of the money at once, the system would break.

Another good question—they spend it and loan it out.

This even has a name: fractional reserve banking.

And while a "run on the banks" seems unlikely, it's certainly not impossible.

In Bitcoin, your private key controls access to your funds, not a bank.

Because of this, you are assured that your money is your own.

what is bitcoin?common questionshow to buy